When I was crafting a sense of time for Love Thief, the Legend of Ixmal the Healer, I drew from the classic Maya (600-900AD), who viewed science and religion as the same. In their observatories, the high priests tracked the passage of the sun, moon, stars and planets (particularly Venus), calculated time into the thousands of years, created a 20-month calendar (with 5 days tacked on at the end), and predicted solar and lunar eclipses.

I could not help but think of the Maya as Denise and I strolled among the massive sun dials and astronomical instruments of Jantar Mantar, a UNESCO World Heritage site. Around three hundred years ago, King Jai Singh realized that the position of the stars and planets did not match the Islamic celestial tabulations. Time was out of whack. To rectify the problem, the King had constructed 19 astronomical instruments, covering over 18,700 square meters. The largest sundial in the world is here. According to Prahbu, our guide, it’s accurate to 2 seconds annually. Though there were telescopes in India at the time, Jantar Mantar the set the standard for Indian time well into the 19th century. 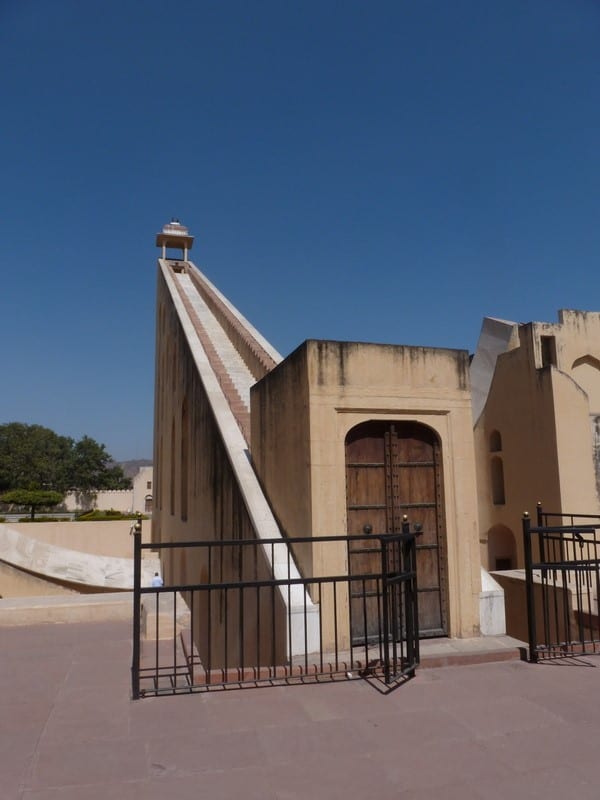 Thoughts of a Traveler through Space and Time

Outside the window doves coo and starlings bustle among the crinkled maple leaves,

long overdue for a fall.  Come on down now. . . spring is coming!

The first snowdrop, busting through the snow and ice as if to say, “Here I be.”

Life inexorable, crocuses not far behind, then the march of daffodils & forsythia.

The capture scene in the fable, then the emasculation.  Like hummingbirds, characters flit in and out of the mind

Could do this at 90, just 20 years off, a katun in the Long Count.  Hard to believe.  The less time I have, the richer life becomes.

Rumbling in the city, sirens, the I-83, a cargo train bound for points north—its whistle blends well with the feathered sympathy.  Just wish the squirrels would stay away from the feed

In the neighbor next, a beagle shits in the back.  Hope it doesn’t attract rats.  Later her barks come from the kitchen, trapped in a house of mental illness and

Brain cancer, spawned from the bladder too, like brother Don McGlew.  His ship has run aground.

But India looms.  Past travelers speak of Victoria’s jewel.  Burning colors.  Bodies in the Ganges, the Taj Mahal, Gandhi & Buddha.  Less is more, there’s something in nothing, nothing to lose, nothing to grasp, the ideal sweet spot, the zero is eternal.