In the late 12th century, Qutb-ud-din Aibak, a one-time slave, declared himself the Sultan of Delhi after the death of his master, Muhammad Ghori.  In 1200, he began work on Qutab Minar to celebrate Islamic dominance.  He built two mosques and destroyed a number of Hindu and Jain temples. His tower would eventually rise to become the tallest structure in India, perhaps in the world.  Qutab Minar does give one much food for thought. 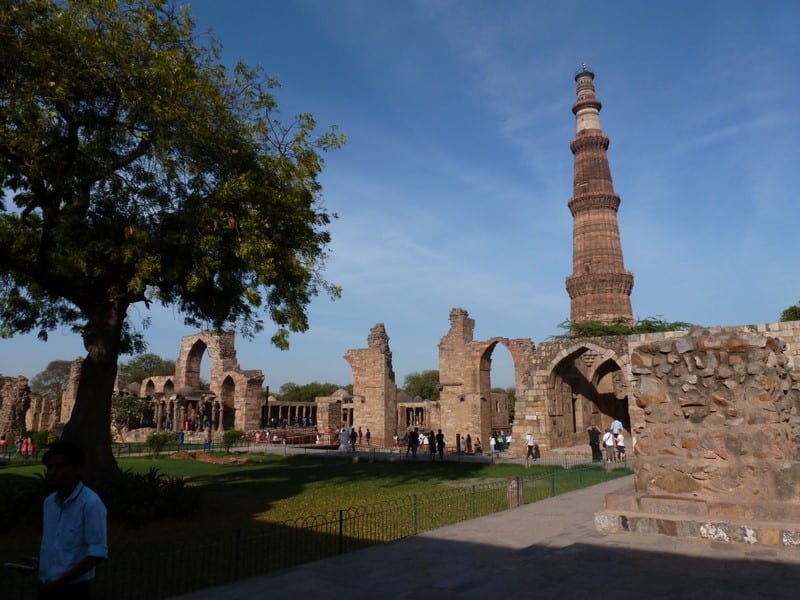 Drifting through the sands of time

Trying to calm the monkey mind

Centuries past the Sultan reigned supreme

Why did Aibak efface ancient images of dance?

No easy thing to wipe a culture clean

He razed Hindu blocks for his minaret

A tower of power, a geometric salute

My canoe drifts in this current of breath

A train cuts through the night

Cars and tuks tuks honk in the street

Spirit rising, the essence of a trillion atoms

Molecules floating, one with the beggar, cab driver and shop keeper

One with the traffic, the ebb and flow, the in and out

Om is the Word, passage to India.

Old Delhi, A Mass of Contradictions

Streets, crowded with life: shops, souks, and stalls, tangled electric wires, wedding saris in windows, endless displays of color and spice, the glitter of gold and parts of cars—but no cows, a blessing indeed, especially on a thronged street, where one must be careful with his feet.  Where is Prabhu taking us?  Down a narrow stone walkway that reminded me of a casbah in Fez; not a vehicle in sight. 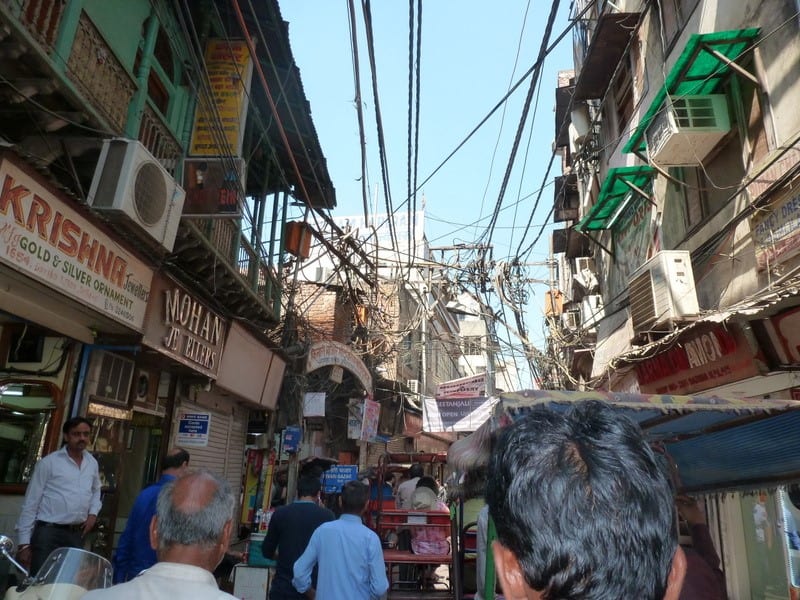 Stepping past the threshold, we remove our shoes, enter a cozy space, and settle on the stairs, sofa and chairs.  The father, a retired professor with a Fred Gwynne face, welcomes us to their home.  After a short introduction, he turns it over to his daughter, a radiant 27-year-old filmmaker and so much more.  Begin with the foundation she and her brother have launched to help young (18-30) homeless men get jobs.  Through donations, they rent space for them to live in Old Delhi while they get training, recovery treatment, whatever they need to get them back on their feet.  What’s remarkable is that out of the 11 men housed at the time, 8 were Hindu.  Old Delhi is 95% Muslim.  The old fears of “the other” die hard here.  The filmmaker has a Hindu lover, but they cannot marry, much less walk down the street holding hands.  She compares Prime Minister Modi to Hitler; she believes he wants to destroy “the secular democracy” and make India a Hindu nation.

Like the Sikhs, the identity of Muslims is wrapped around charity and compassion.  Those with wealth have an obligation to give part of it away—without self-glorification.  There is a “recognized right,” says the Qur’an (70:24-5), for the “needy and deprived” to share in the wealth of those who have been blessed by Allah.

Off a dusty street stands a cook among his steel pots.  Each midday men begin to squat on the pavement next to the cookery.  I was told some of these men were homeless;  many work in construction or some form of hard labor.  They wait patiently for their lunch.  But they have not ordered a meal.  These men depend on the kindness of strangers, on this particular noon, some American tourists and one guide.  One by one we make a contribution to the owner.  From the pots come daal and rice, poured into a green leaf bowl and topped with a strip of nan.  With humble gratitude, the first row of men accept the offerings, rising and leaving with their meals.  Another half dozen or so slide forward.  All are served.  Up and down the street there are similar ventures.  No one goes hungry, Allah be praised. 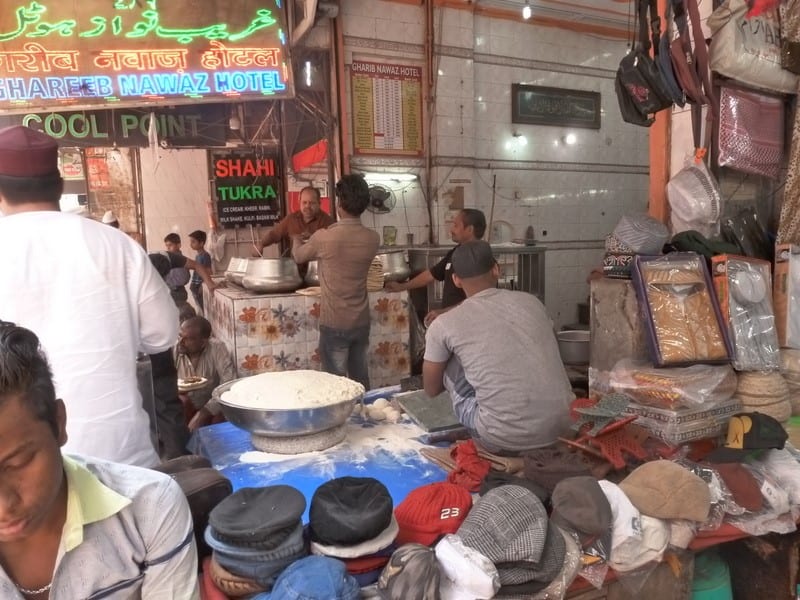