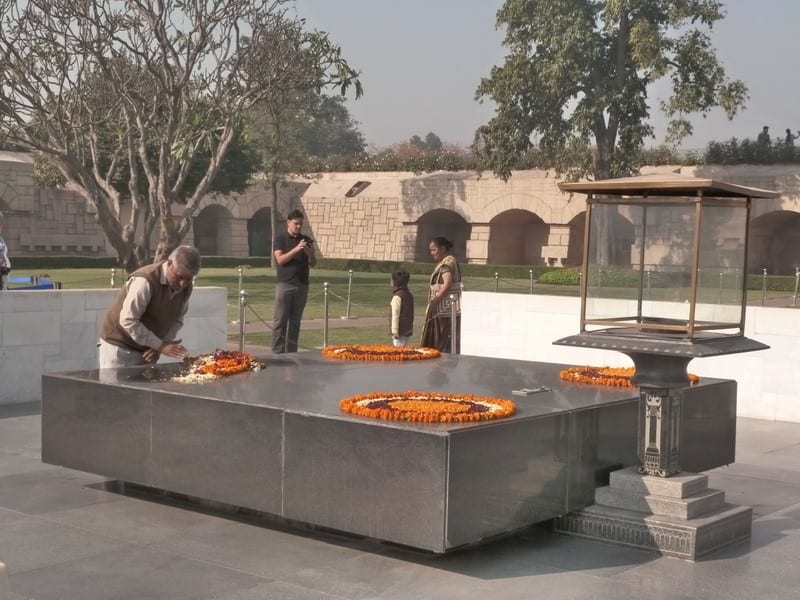 Hindus do not bury the dead.  They prefer to burn the corpse, for they view the body as a shell, a cocoon, a container of the spirit eternal.  Fittingly, the ashes of Mahatma, “Great Soul,” were spread over India’s rivers and the Himalayas.  In the center of Delhi is a memorial to Gandhi, a one-mile wide garden, a sanctuary in a crowded, noisy city.  People of all walks of life come to venerate where Mahatma was cremated the day after his assassination.  Like John F. Kennedy, an eternal flame burns in his honor.  Though India’s founding father has been dead for more than 70 years, his words live on. 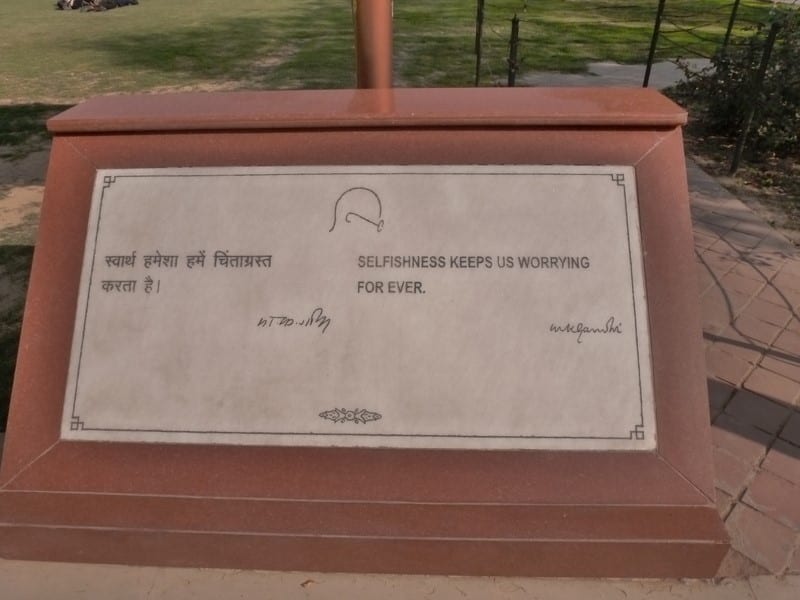 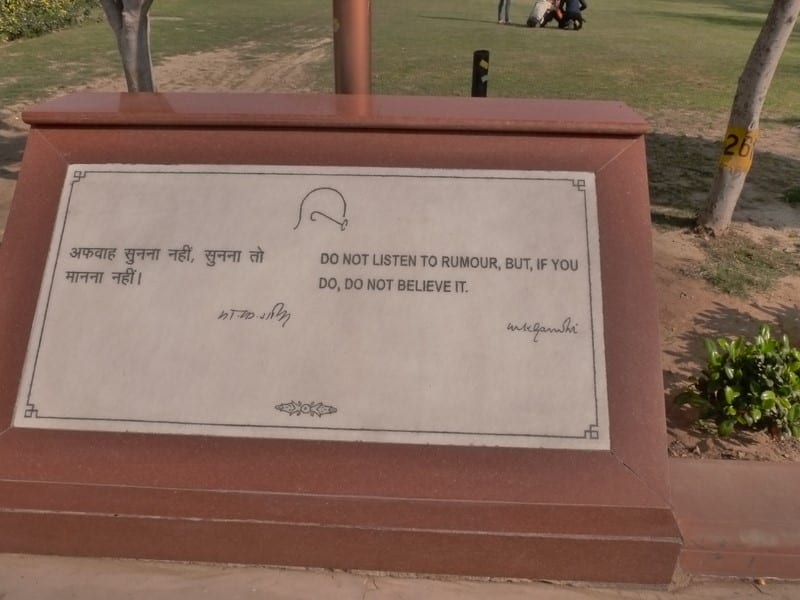 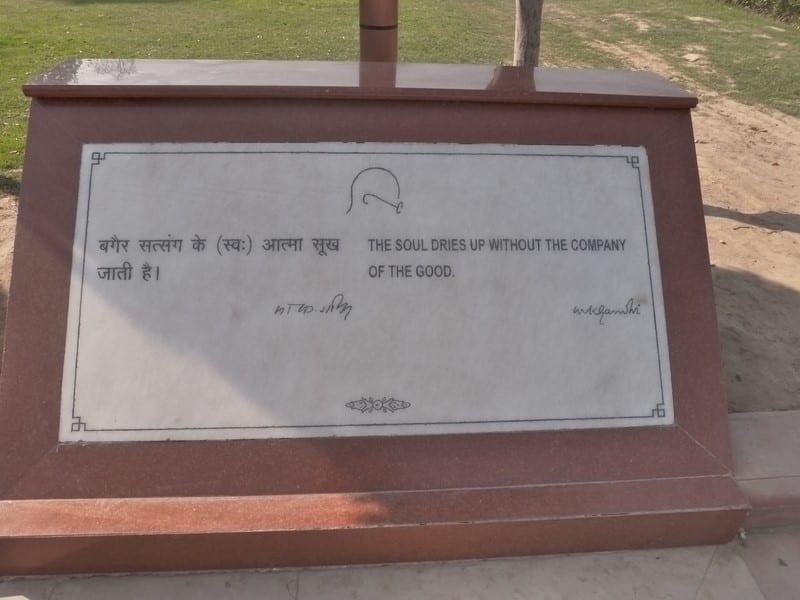 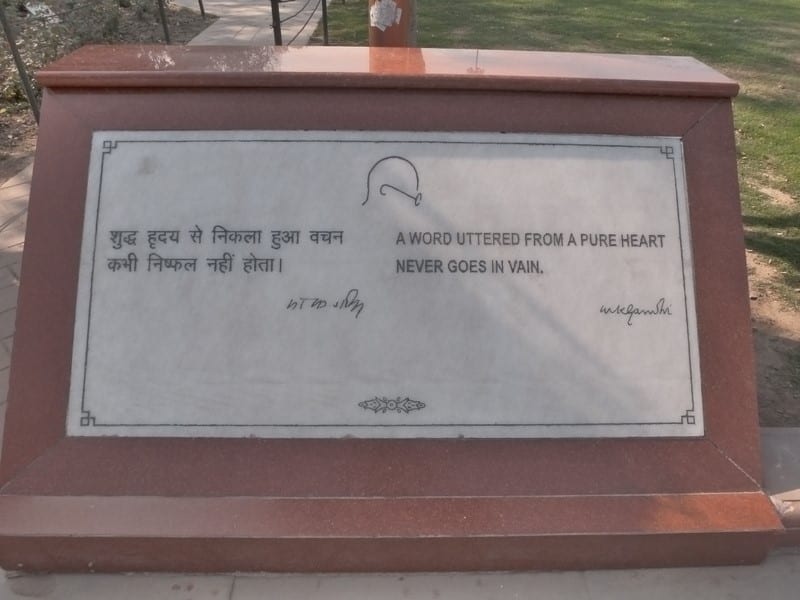 There is a wonderful statue of Gandhi not far from the cremation site.  It shows him walking to the sea with a law book in his hand, a 26-day march from Gandhi’s ashram to the sea, his protest against a tax on salt.  The Salt Act, passed by the British in 1882, prohibited the people of India to collect or produce salt.  Only British nationals could do these things.

When he first started this march with his wife, they numbered eighty.  By the time he reached the end of the 240-mile march, 12,000 had added their voices to the injustice.  He scooped up the salt and held it for all to see.  It was the beginning of the end for the Brits in India. 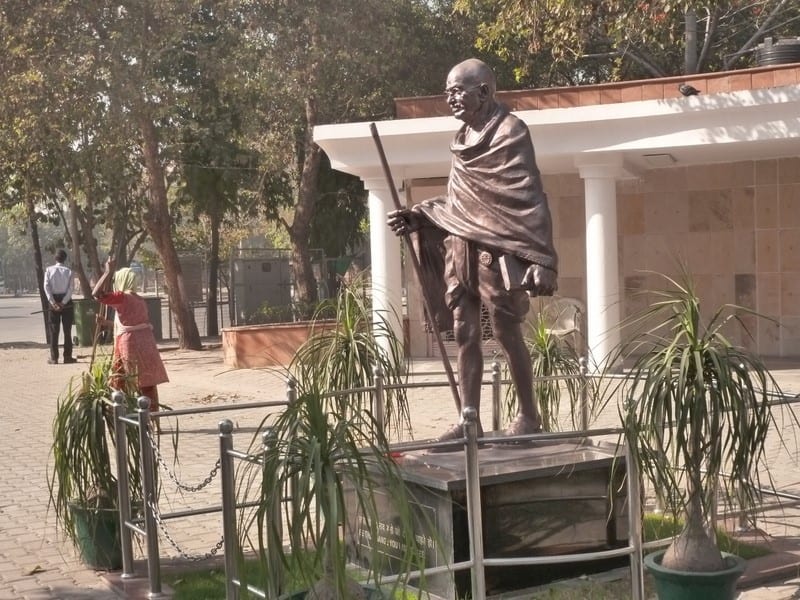 Everything he did had a purpose.  In Mumbai, there is a wonderful non-profit museum that celebrates the 17-years (1917-34) Gandhi lived in this elegant building.  We see his sleeping mat, shoes and loom.  Why a loom?  Because all too many Indians preferred the British cloth.  Gandhi wanted his people to be self-sufficient. 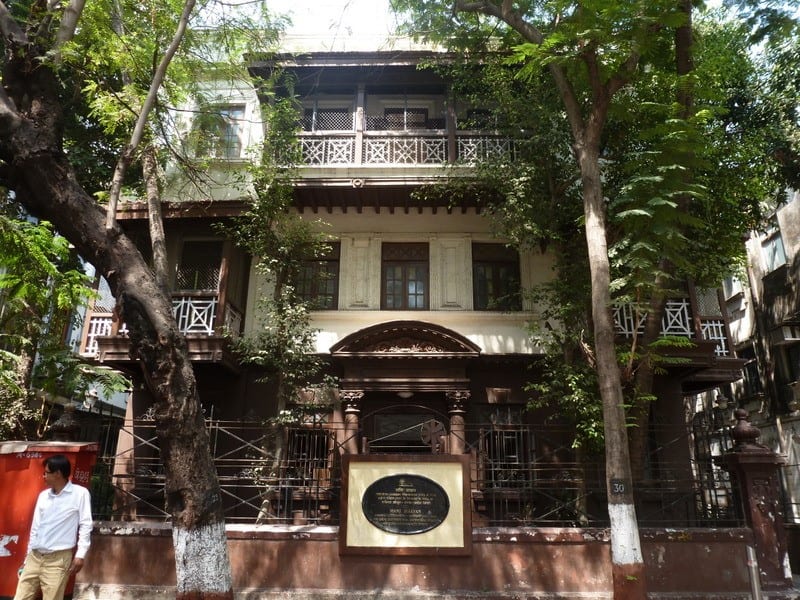